There have been dozens of blind items that have already come giving you different details of this young actress’ life. Most blind items were exaggerations, but you know how the game is played by now.

You see, KebabJo launched these 2 new girls. Just like he did with the newcomers he launched many years ago, he is only able to support one of these two girls the same way he stood by only one of the two guys he launched.

Obviously, he cannot dump the nepo kid since her mum is going to run to him or better yet, run to the superstar’s wife and complain to her. So, he has to drop the kid who means nothing to him and was just a pretty face. 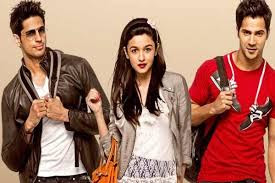 This blind item explains the barrage of bad PR it has generated for this young actress. From calling her a maneater to letting everyone know she’s unprofessional, everything has been detailed. They are out to get her.

But then, she linked herself to the son of one of his friends, so how does that work out? The son is literally riding on this young actress’ image, so KebabJo can’t mess up with her too much or it will also hurt the son who’s trying to make a second comeback to Bollywood.

This blind item and the ones before this could be him trying to get back at her for refusing to date the actor he supports. If you remember, these two did a film last year that ended up being a huge disaster at the box office…

Let’s see what they plan to do about this.

Check out the blind item from PinkVilla.

In Bollywood, fallouts and patch ups are extremely common. In fact. most of the times, they are the order of the day. But what happens when you are a newcomer heroine and you have an ego clash with your mentor itself? That’s exactly what happened between one of the most prolific filmmakers and a girl he launched under his banner, last year.

Everything was hunky dory between the two, even for months after her debut film hit the screens. They were having a gala time, enjoying at each other’s parties. Soon, problems started cropping up from both sides. The filmmaker and his team felt the newcomer was extremely brash and arrogant. It stemmed from the fact that she was being extremely difficult to handle.

Her tantrums were hitting the roof and soon, major complaints were made to the authorities at the production house and it reached the ace producer. On the other hand, the actress felt that she was completely sidelined in her debut film and although she kept mum on that, she lost her calm when she could see the filmmaker pushing all the other actresses he’s launched, but her.

There was a big verbal fight that ensued between the two and the actress’ manager also decided to call off their association. In fact, till sometime ago, the pretty lady’s PR was being handled by the same person who also handled the account of the famous director-producer. The PR team also cut off ties with her because she would never comply to what they needed of her and throw a major fit.

Right now, word about her behavioural issues has reached all corners and although she has already had her second release and a third film currently being shot, other producers are wary of signing her for their projects. On the other hand, her contemporaries are signing one film after the other and racing way ahead of her in the business. We wonder if she will keep a check on her attitude issues from here on. After all, nobody wants to work with a difficult person on a film set!

Come on in, don't be shy! 😎 Cancel reply