The trailer of this film just dropped yesterday. Today, a blind item has been released about it! That’s what you get when there are two actresses in the film! They might or might not be making this story out!

So as it goes, the senior actress (though not that senior in age) has apparently been upset that she did not feature too much in the trailer as opposed to the 1-film-old newcomer. Well, based on the trailer, it seems the newcomer is cast opposite the hero and it also seems that the film is based a bit on her (death).

Anyways, if you see the trailer, it’s useless to even bother seeing the film since they show everything. Like seriously? Why should everything? Where is the suspense? What’s the pull?

Also, is this a remake of a South Indian film? Because the fight scenes look like it! So much…And too much!

All we are wondering is if King Khan looked at the trailer and his thoughts on it? You know since the villain in this film is a dwarf without making such a big deal about playing one.

Check out the blind item from Mumbai Mirror. By the way, don’t think this one is true. Gone are the days when non-successful actresses can manage to make this much drama about an appearance in a trailer! They are just stirring unnecessary gossip to talk about during the film’s release. Something similar also happened with this actress’ last release that also starred the same actor.

TALES of being marginalised never seem to get old in the Hindi film industry. The latest one is about an actress threatening to walk out of the promotions of an action flick because she is barely featured in the trailer.

Apparently, she’s particularly upset with her female co-star who seems to be getting all the attention, on and off-screen. Voicing her grouse to the makers, this bright-eyed actress even brought up the fact that she has spent over a decade in the business, compared to her one-film-old co-star. If only maturity was a measure of relevance. 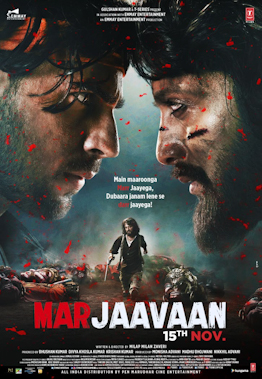 Come on in, don't be shy! 😎 Cancel reply